Error: (#10) This endpoint requires the 'manage_pages' or 'pages_read_user_content' permission or the 'Page Public Content Access' feature. Refer to https://developers.facebook.com/docs/apps/review/login-permissions#manage-pages and https://developers.facebook.com/docs/apps/review/feature#reference-PAGES_ACCESS for details.
Type: OAuthException
Code: 10
Please refer to our Error Message Reference. 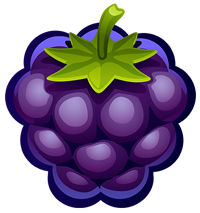 The Elderberries (Preschool) at our Bitterne Park nursery had an amazing day yesterday visiting the Build a Bear workshop to make their own Mulberry Bush Bunny whom they have named Berry! Berry will be accompanying children home at different times, sometimes when they have a particularly exciting event or just to keep them company over night or at the weekend.

The children took the bus into Southampton which was an adventure in itself, and the first time some of them had been on a bus! They played a lively game of 'I Spy' pointing out the different landmarks that they saw on their journey. They also learned about road safety and how to keep themselves safe when they are out in town. They were excellent at holding hands and listening to the grown ups when crossing roads and getting on and off the bus.
Choosing and creating their toy was a huge challenge in itself. Firstly the children had to agree on which teddy they would make....this took some time and a lot of debate but they got their in the end! Then they took turns filling Berry with stuffing using a special machine. All the children did brilliantly and Berry has already been established as a firm favourite with them all.

We also used the opportunity to work on the children's numeracy by encouraging them to help spot their bus, they correctly identified the number 7 and returned triumphant to the Mulberry Bush!